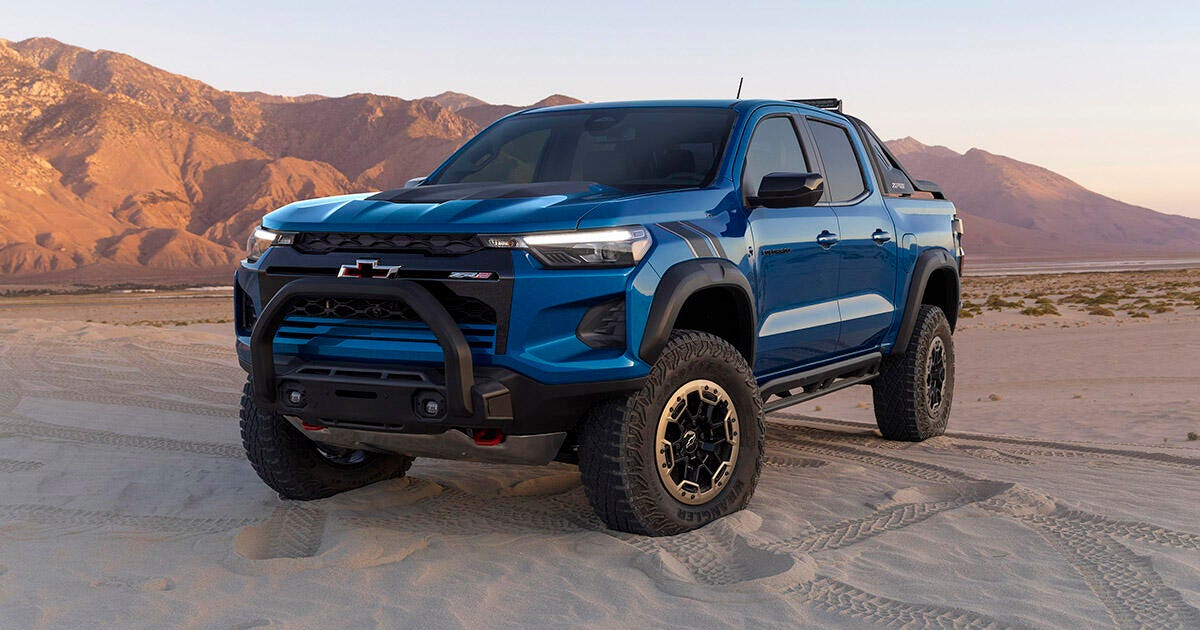 Sitting at the tippy top of the new 2023 Chevrolet Colorado lineup is the off-road-focused ZR2. Making its debut Thursday, the updated ZR2 offers an increased level of Baja-blasting performance, as well as a new Desert Boss package that looks pretty rad.

Like every Colorado, the ZR2 comes in Crew Cab configuration with a short box, and it’s powered by a 2.7-liter turbo I4 engine with an 8-speed automatic transmission and 4-wheel drive. Chevy actually offers three different versions of the 2.7-liter engine across the Colorado range, and the ZR2 has the most powerful tune, with 310 horsepower and 430 pound-feet of torque. This gives the ZR2 the ability to tow as much as 7,700 pounds.

All of this gives the ZR2 increased off-road capability compared to the Colorado’s Z71 and Trail Boss trims. Here’s how the three off-road trims stack up.

As for the Desert Boss, it adds a few upgrades — some functional, some stylish. Its 17-inch wheels are beadlock capable, there’s a model-specific off-road bumper and front fascia, a roof-mounted light bar and underbody camera. The Desert Boss also comes with a sports bar and sail panel in the bed, black badges and, of course, special decals.

The ZR2 will launch alongside the rest of the Colorado lineup in early 2023. It’s unclear how much the Desert Boss upgrade will be, and we’ll have final pricing information closer to the start of production.