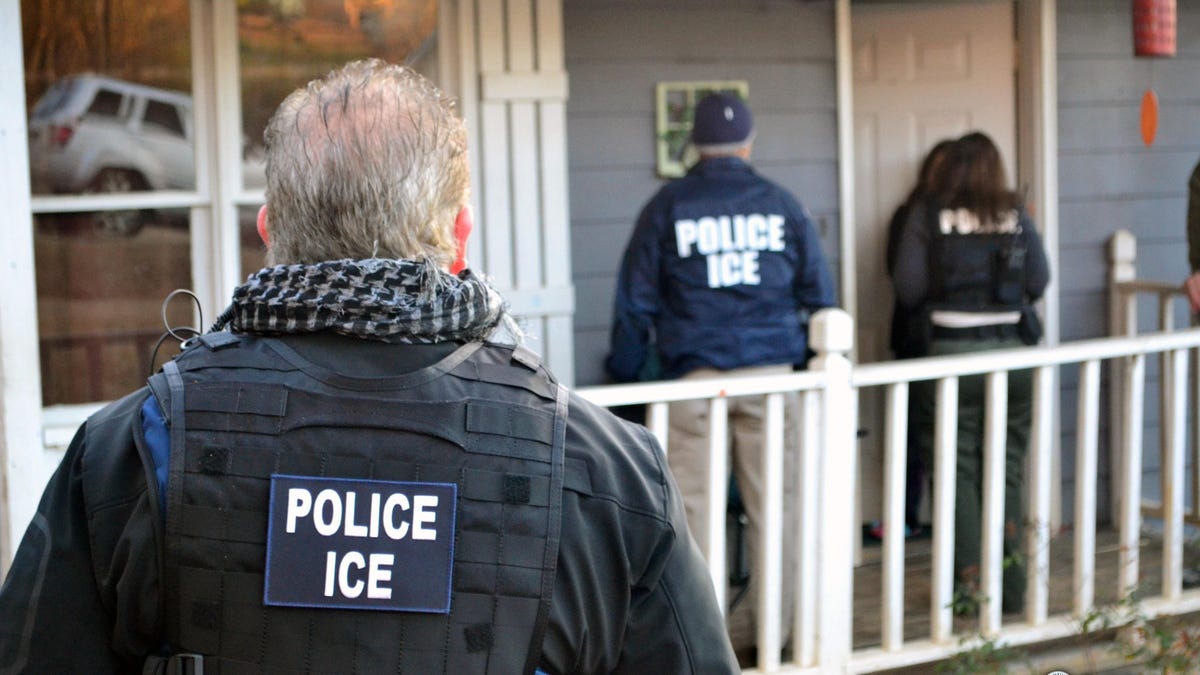 Can federal agencies turn to private data brokers to gather data on individuals that would normally be protected under local laws?

That question took center stage during a public hearing in Cook County Illinois, where rights groups and immigration activists organized and urged lawmakers to investigate the ways U.S. Immigration and Customs Enforcement allegedly partners with private data brokers to target undocumented immigrants. According to the activists, ICE’s siphoning up of vast troves of immigrant data from data harvesters like LexisNexis may amount to a legal “loophole” for government agencies to sidestep the county’s sanctuary city immigration laws. Those tactics risk threatening the privacy and safety of undocumented individuals across the country.

Wednesday’s hearing—which Gizmodo sat in on—comes on the heels of recent research from a collective of rights groups that found evidence of ICE working with LexisNexis and Thomson Reuters, well-known data brokers that have access to and sell criminal justice data. LexisNexis’ wide array of customers includes lawyers, financial service companies, insurers, journalists, and law enforcement.

Activists argue those partnerships are clear attempts to bypass state and local sanctuary laws that restrict local government groups from cooperating with ICE. The data brokers, the activists argue, function as a type of middle man. Though the rights groups’ original report focused on Colorado, it gained the attention of Cook County Commissioner Alma E. Anaya who called for an investigation into ICE’s use of data brokers back in April.

“This is a massive loophole in hard-fought sanctuary laws nationwide,” Mijente’s national organizer Cinthya Rodriguez said during the hearing. “We’ve seen time and again how government agencies, stymied by legislation or the constitution itself, attempt to obtain data through third parties like LexisNexis. We know ICE is doing it, we’ve shown this in our research. Now, we need answers about how it’s happening in Chicago.”

In a statement sent to Gizmodo, an ICE spokesperson defended the agency’s partnerships and said its LexisNexis contract, “complies with all laws, policies, and regulations that govern data collection.”

The supposed data in question is vast. Experts testifying during the hearing spoke in depth on ICE’s access to, “real-time incarceration data,” siphoned up from jails and repackaged for purchase by LexisNexis. That can reportedly include data from courthouses and traffic ticking as well as rental and utility data. In effect, the experts warned ICE may have access to individuals’ citizenship status, addresses, phone numbers, social security numbers, and much more. Rights groups warned ICE could theoretically use that data to locate and ultimately deport undocumented people. One expert speaking during the hearing pointed to ICE’s access to driver’s license data as a potential avenue for targeting. By simply knowing whether or not an individual had a temporary license (an attribute indicative of an undocumented person) the expert said ICE agents could then us that to create a “target list” of potentially deportable people in the county.

“ICE is going around policies meant to protect immigrants by accessing our personal information through data brokers is yet another example of how immigrants continue to be targeted and dehumanized,” Karina Suarez Solano, Organized Communities Against Deportations’ Deportation Defense Coordinator said in a statement. “This violation of privacy and well-being is unacceptable to anyone who values and practices consent. Our communities deserve safety, and true safety doesn’t come in the form of surveillance and criminalization.”

One speaker, who self-identified as an immigrant, said she had viewed roughly 43 pages of data ICE had collected on her which she described as, “extremely disturbing.” That allegedly included the individuals’ past and present address, mortgage, and social security number, as well as the names of 27 different people living in that individual’s apartment building.

LexisNexis did not immediately respond to Gizmodo’s request for comment.

Activists who’ve played a role in fighting for Illinois’ current sanctuary laws warned this alleged sidestepping of data restrictions by ICE could jeopardize the validity of those laws.

“The county cannot fulfill the purpose of these policies, and county residents cannot truly feel safe, unless we ensure that county information is secure and will not land in the hands of third parties that will sell access to those that seek to harm our families and communities,” Fred Tsao, Senior Policy Council at Illinois Coalition for Immigrant and Refugee Rights said.

Local officials representing the county’s jail and sheriff’s office acknowledged they used LexisNexis but said they were unaware of sharing any data with the brokers that would violate local laws. Repeatedly, officials claimed the data provided to LexisNexis was either “anonymized” or “aggregated.”

The Cook County hearing comes amid growing pressure from activists and lawmakers for LexisNexis to terminate its contracts with ICE. Anaya, the Cook Country commissioner responsible for the hearing, previously told The Hill she expects this week’s hearing to, “set an example for other jurisdictions.” Thomson Reuters has since said it will review its contracts with ICE.

On the legislative side, a bipartisan group of senators led by Oregon’s Ron Wyden and Ron Paul of Kentucky introduced the Fourth Amendment is Not for Sale Act which would attempt to restrict data brokers’ ability to sell information to law enforcement agencies. If passed, Wyden says that bill could close the “legal loophole,” mentioned in the Cook County hearings.

“Doing business online doesn’t amount to giving the government permission to track your every movement or rifle through the most personal details of your life,” Wyden said in a statement. “There’s no reason information scavenged by data brokers should be treated differently than the same data held by your phone company or email provider.”