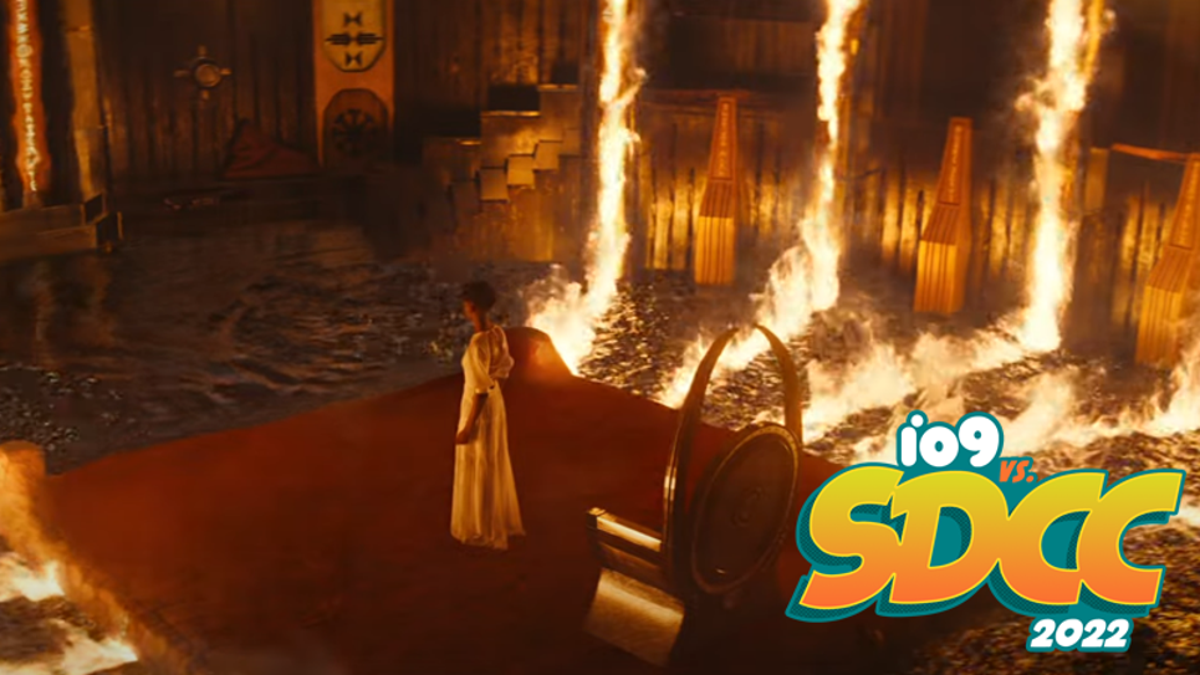 Just how could the MCU continue to expand the world of Wakanda after the tragic passing of Chadwick Boseman? We just got a taste, as Marvel took to San Diego Comic-Con to give us a look at Ryan Coogler’s daunting Black Panther sequel.

Introduced by director Ryan Coogler and the cast of Wakanda Forever—including Tenoch Huerta, officially confirmed to be playing the classic Marvel Comics anti-hero Namor the Sub-Mariner, who in the comics was the publisher’s first Mutant character and King of Atlantis (sorry, other Kings are available at other comic book publishers)—the footage opened with is our first look at the movie we now know ends Phase 4 of the Marvel Cinematic universe.

In a deeply moving preamble for Wakanda Forever, the women of the franchise look to one another as the Queen Mother delegates next steps for the kingdom in what may be the wake of T’Challa’s absence. In scenes set to a stirring female vocal-led cover of Bob Marley’s “No Woman, No Cry,” we see Nakia look to the sea, and Shuri in tears with Okoye gathering the Dora Milaje for something coming. Something’s gone down and a deep sense of grief overtakes the tone of the trailer. Ramonda is seen in black and later in white with Shuri by her side, no doubt with the throne at stake and peril at the gates.

The loss that permeates the atmosphere in the trailer is stunningly juxtaposed with the start of life, a birth underwater in Atlantis we can presume. With that we’re introduced to Tenoch Huerta as Namor, with quick glimpses of a childhood and a calling to battle from a young age as the King of Atlantis. And while we see some skirmishes between Wakanda and Atlantis teased, it’s clear that these two dynasties have more enemies in common. We see some military interference on both sides that plays up to the bigger big bad, but just who they may be remains to be seen.

Another question we’re left with: who ends up taking the mantle of Black Panther? We see Okoye, Nakia, Shuri, and even Ramonda lingered on for many moments in the trailer that it makes us wonder. Sure, Shuri is the clear candidate, but we would love to see Angela Bassett command the film since she’s the heroic leader, and her lines in the trailer feel like a purposeful build.

Overall, we’re excited and quite emotional for Ryan Coogler’s follow-up to 2018’s Black Panther. We got glimpses of other familiar faces like Winston Duke returning as M’Baku, plus our first look at Dominique Thorne as Riri Williams as she hammers out her Ironheart future before her Disney+ series. So many faces from the first film and new ones really speak to the legacy of Chadwick Boseman, who led the culturally groundbreaking first picture to the world and whose glory just paves the way for more representation on screen.

Black Panther: Wakanda Forever is set for release this November.