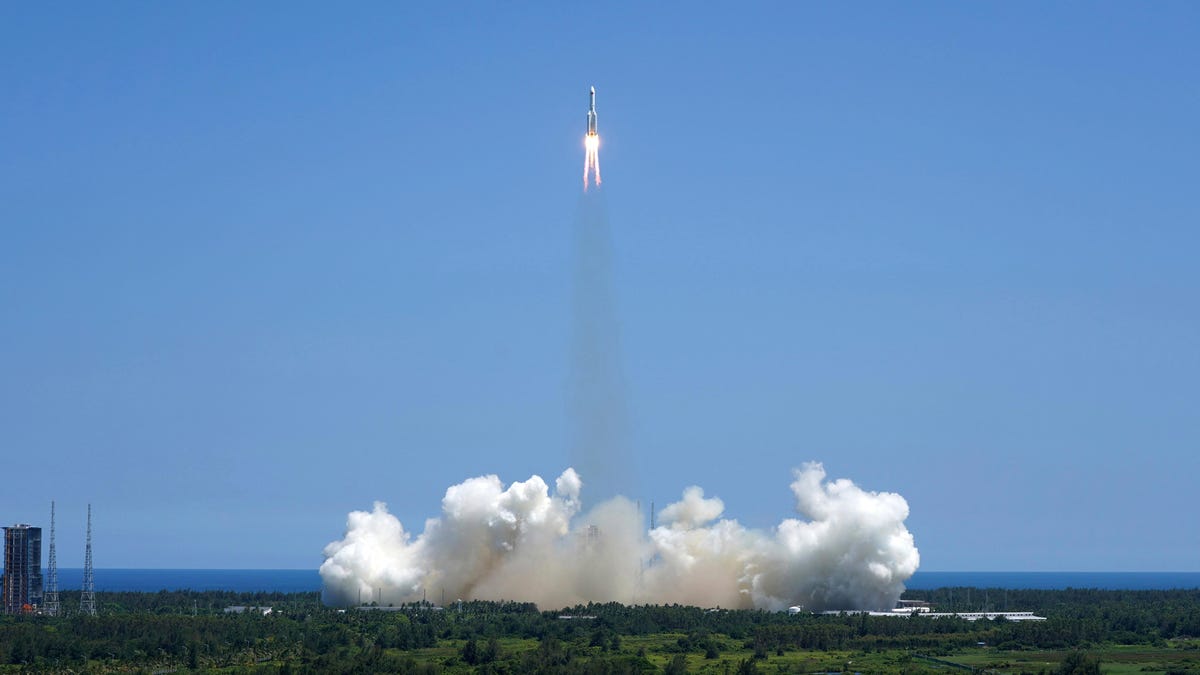 The core stage of a wayward Long March 5B rocket has returned from its short stint in low Earth orbit, disintegrating above the northern coast of Borneo.

Dramatic videos of the disintegrating booster began to appear shortly after 1:00 p.m. ET, or 1:00 a.m. Central Indonesia Time (WITA). Some 45 minutes later, U.S. Space Command confirmed in a tweet that the rocket body reentered over the Indian ocean at 12:45 p.m. ET (12:45 a.m. WITA), followed by U.S. Space Force confirming that the booster had reentered near the coastal town of Bintulu, Malaysia on the island of Borneo. The path of the reentering rocket stretches from the Sarawak region of Borneo through to Brunei and possibly as far north as the island of Palawan in the Philippines.

It’s not yet known where the debris may have landed or if anyone was hurt. According to The Aerospace Corporation, approximately 20% to 40% of the total mass of objects this size will fall to Earth in the form of space debris. As of yet, there are no reports of debris on the ground.

“The People’s Republic of China (PRC) did not share specific trajectory information as their Long March 5B rocket fell back to Earth,” said NASA administrator Bill Nelson in a statement released to Twitter shortly after the booster made its reentry. “All spacefaring nations should follow established best practices, and do their part to share this type of information in advance to allow reliable predictions of potential debris impact risk, especially for heavy-lift vehicles, like the Long March 5B, which carry significant risk of loss of life and property. Doing so is critical to the responsible use of space and to ensure the safety of people here on Earth.”

China launched the rocket six days ago on a mission to deliver the Wentien lab to the nation’s fledgling Tiangong space station. The core stage entered into a deteriorating orbit, finally falling back to Earth today. Boosters normally don’t enter orbit and instead fall back in a controlled manner and nowhere near inhabited areas.

This marks the third time that China’s Long March 5B rocket has performed an uncontrolled reentry, the previous occurring in 2020 and 2021, in which the core stages landed along the western coast of Africa and the Indian Ocean, respectively.

China plans to launch another Long March 5B in October to deliver another module to its space station, at which time we’ll likely have to repeat this ordeal yet again. Sadly, it may only be a matter of time before falling rocket debris actually kills someone.

More: NASA Is Sending More Helicopters to Mars, and This Time They’ll Have Wheels.