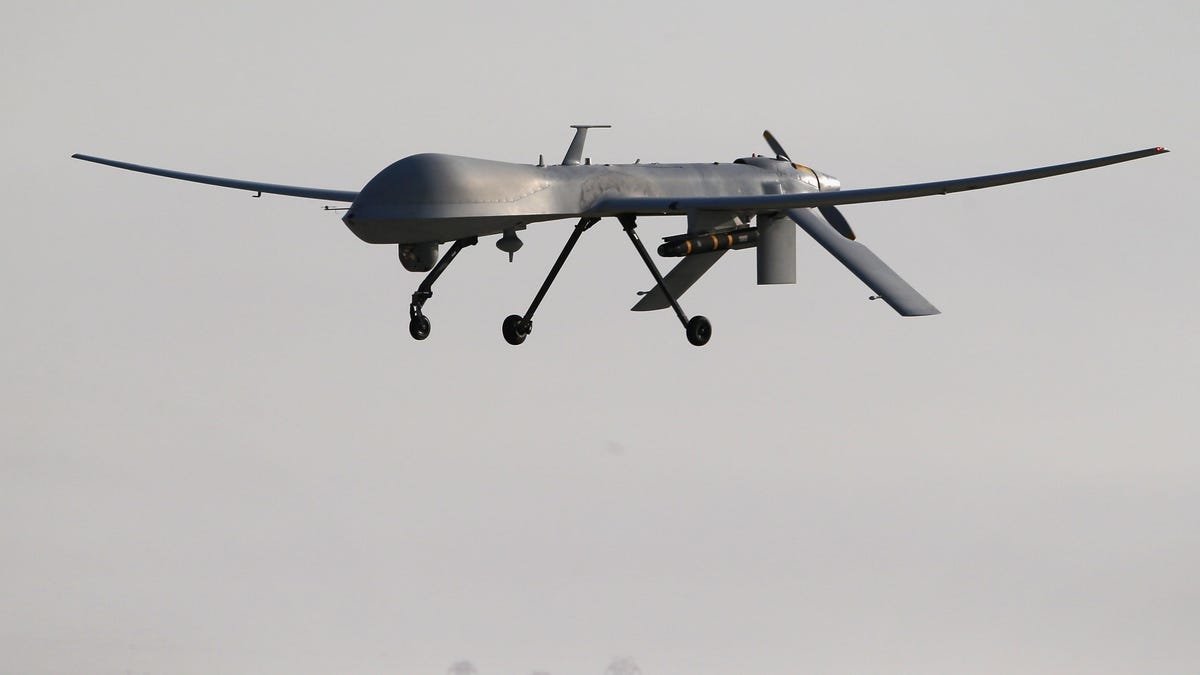 The U.S. drone strike that killed Ayman al-Zawahiri, leader of the terrorist group Al Qaeda, over the weekend was conducted by the CIA using what was likely the Hellfire R9X missile, according to the New Y0rk Times and India’s Hindustan Times. The missile is unique for not having any explosive material and instead deploys six retractable blades, which has earned it nicknames like the “flying Ginsu” and the Ninja bomb.

The missile’s existence was first publicly revealed in 2019 by a story in the Wall Street Journal, which noted that the missile has been in use since at least February of 2017 and was being developed as early as 2011. The R9X is supposedly better at avoiding collateral damage than a typical Hellfire missile since it doesn’t explode, and kills using pure kinetic energy. It’s kind of like an anvil falling from the sky, as it’s often described.

Photos posted to social media purporting to show the balcony in Kabul, Afghanistan where al-Zawahiri was killed seem to support the idea that the missile used was of the R9X variety since there appears to be a very precise hole in the building where al-Zawahiri was staying. No one else was killed, according to the U.S. government, though that claim has yet to have been confirmed locally by the Taliban, which currently runs Afghanistan after the U.S. withdrawal last year.

It’s believed that R9X missiles are most often used against cars, leaving a distinctive hole coming through the windshield or roof—a weapons that’s supposedly so precise it often leaves other members of a targeted vehicle alive and unharmed. But in this case the missile was used to hit Zawahiri while he was out on his balcony.

The Hellfire R9X has been used in Libya, Syria, Iraq, Yemen, and Somalia, according to the Wall Street Journal, though the CIA and Department of Defense are still keeping pretty quiet about their deployment of this strange and unique weapon.

The 71-year-old Zawahiri has been on the U.S. hit list for over two decades and has been tied to terrorist plots against American forces around the world. Zawahiri was also allegedly a plotter behind the 9/11 terrorist attacks against the World Trade Center in New York and the Pentagon in Washington D.C.

Drone strikes conducted by the U.S. have been controversial for decades. Experimental drones have been used in everything from World War II to the Vietnam War, but President George W. Bush kicked off the widespread use of drones in earnest after the attacks on 9/11. President Barack Obama expanded the drone program dramatically after he came to office in 2009 and President Donald Trump expanded it even further when he took office in 2017. And while President Joe Biden has reportedly cut back the number of drone strikes during his nearly two years in office, there have been inexcusable errors on his watch that have gotten innocent people killed.

The most high-profile murder of civilians under President Biden’s presidency was on August 29, 2021, during the country’s exit from Afghanistan. Ten people, including seven children, were killed after the U.S. military believed they were tracking a terrorist affiliated with ISIS-K. It turns out the person they were tracking was actually an aid worker in Afghanistan named Zemari Ahmadi, who was employed by California-based Nutrition and Education International before he was killed.

The New York Times obtained video of the attack against Ahmadi and other innocent people through a Freedom of Information Act request, but no U.S. military service members were disciplined for the attack.