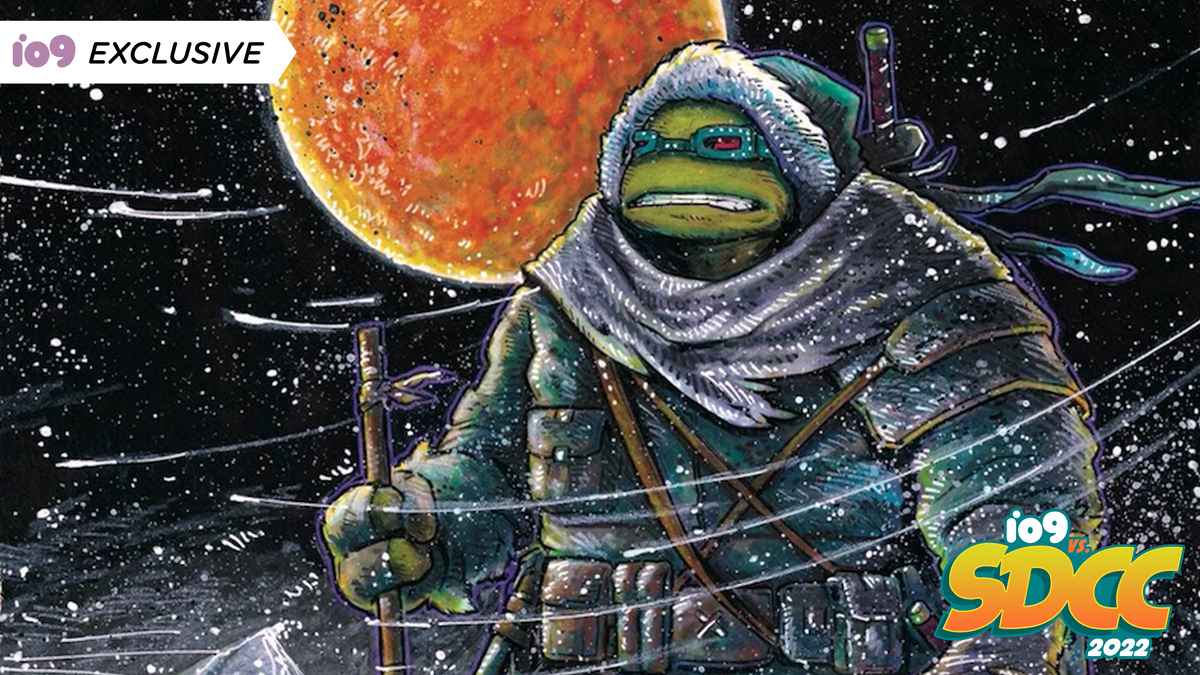 The Last Ronin spent the last year wowing TMNT fans with its tender, yet brutally action-packed alt-reality story, following one last surviving member of the Hamato Clan in a future New York ruled by the descendants of the Foot. It may have come to a pretty definitive end by its fifth and final issue, but the world it created is far from over.

To celebrate IDW’s TMNT comics panel at San Diego Comic-Con today, io9 can exclusively reveal that the world of The Last Ronin will continue with The Lost Years, a five-issue “encore” miniseries that will expand the universe established in Tom Waltz, Kevin Eastman, Esau & Isaac Escorza, and Ben Bishop’s critically acclaimed spinoff. Eastman and Waltz will continue to write the series, while Ben Bishop will return on art alongside SL Gallant.

“Continuing to expand on an idea Peter Laird and I had 35 years ago with this incredible creative team has been the adventure of a lifetime,” Eastman said in a press release provided to io9. “To continue exploring and telling stories within the Last Ronin universe couldn’t possibly be more exciting for me. I’m so thrilled we get to stay and play here for a while and I can’t wait to share everything we have planned. Buckle up, TMNT fans! We’ve got two turtle universes that are both about to get seriously awesome!”

As previously said, the story told in the original Last Ronin series came to a rather set-in-stone close by the end of its run. But that doesn’t mean The Lost Years won’t find a way to tell stories that could, perhaps, continue on after it, even as it fleshes out the world prior to its events either. “As time passed, we began to realize that Last Ronin’s story was so much bigger than we had originally anticipated–past, present, and future,” Waltz explained in a statement provided via press release. “There’s so much more about this world that we still want to share with our fans. TMNT: The Last Ronin–The Lost Years represents the first expansion of what we now fondly call the ‘Ronin-verse.’ It offers our many loyal readers a much more detailed look at the Ronin’s past, as well as sharing a glimpse of an exciting future for the many allies he’s been forced to leave behind.” Check out the main cover to The Lost Years #1 above, by Kevin Eastman and Ben Bishop, but below, get a glimpse of a rather heart wrenching promo variant by artist Mike Deodato Jr….

What was it a certain other TMNT show would say? Anata wa, hitori ja nai. TMNT: The Last Ronin—The Lost Years will begin this November.