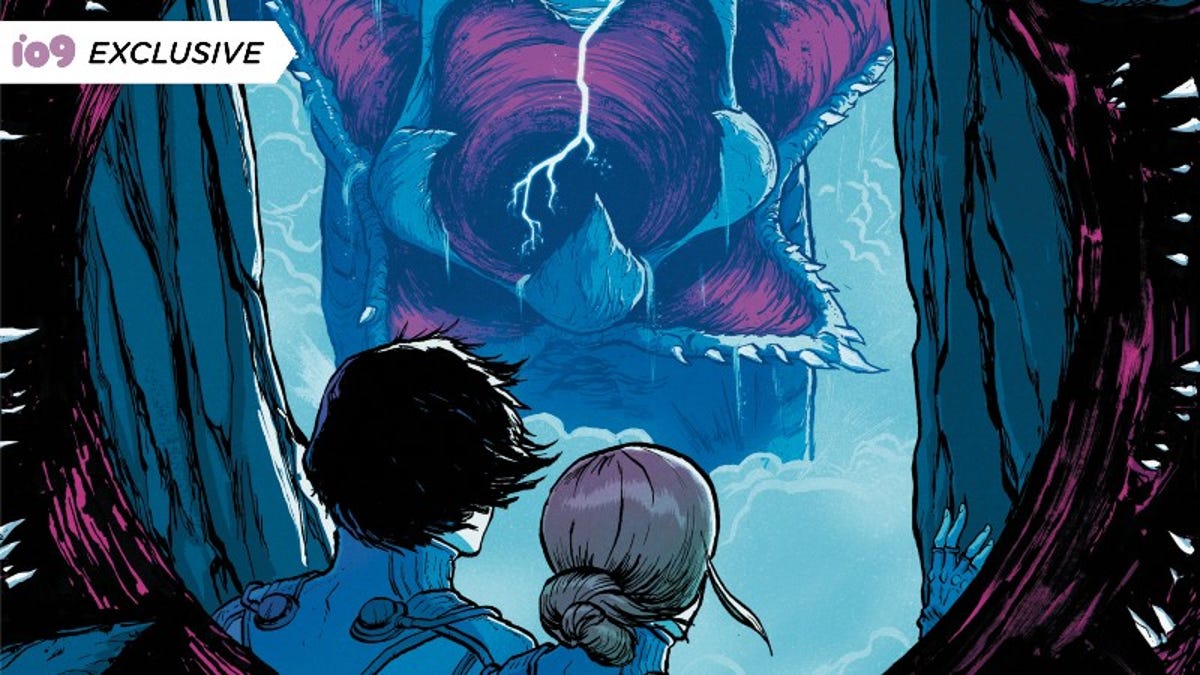 As you read this, director Denis Villeneuve is back at work making the second half of what’s sure to end up being his most epic sci-fi movie, Dune. It won’t be in our eyeballs for another year or so, but in the meantime, the story will continue in other mediums—especially comics, as Dune: The Graphic Novel, Book 2: Muad’Dib is on the way.

The second in a series of three graphic novel adaptations is out in August, and io9 has an exclusive first look at one of its most exciting sequences: when Paul Atreides and his mother Lady Jessica cross the sands of Arrakis, evading the Harkonnens, and encounter the true power on the planet, a sandworm.

Based on the legendary nova by Frank Herbert, the story has been adapted by his son Brian Herbert and Kevin J. Anderson, and it features illustrations by artists Raúl Allén and Patricia Martín. Check out five exclusive pages in this slide show, and find out how to preorder here.