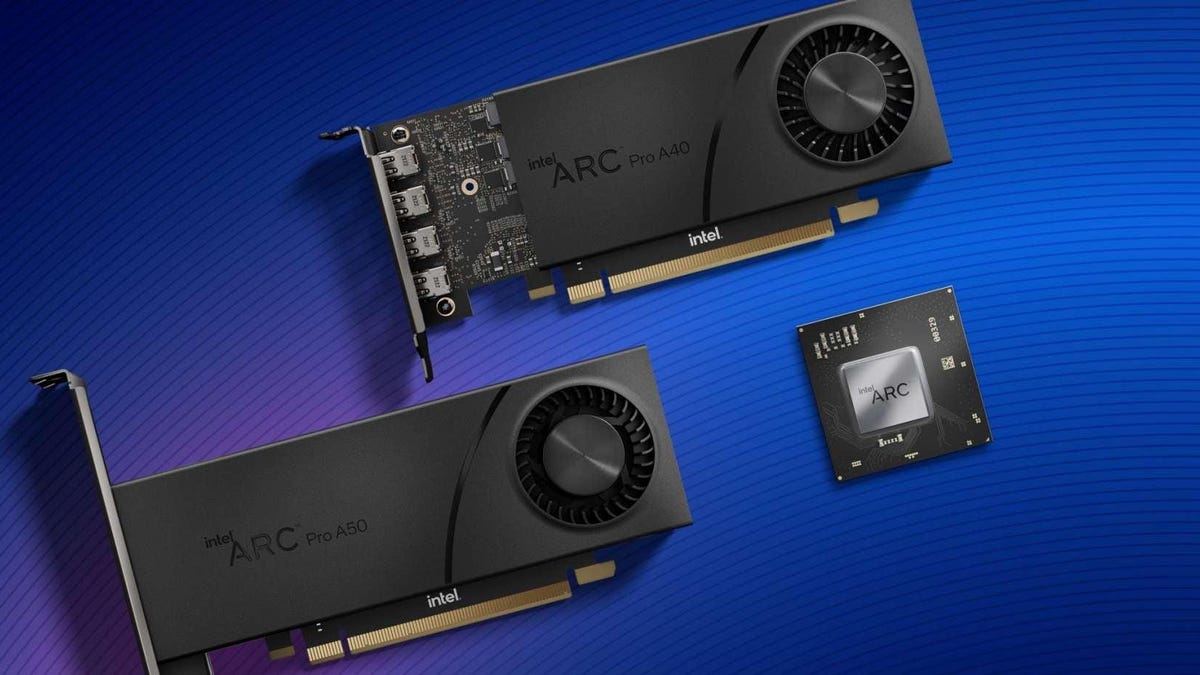 Intel this week revealed its new lineup of Arc Pro series GPUs intended primarily for powerful small form factor desktops and professionally focused laptops. All three of the GPUs, which Intel says are targeted at professional software applications in the architecture, construction, design, and manufacturing industries, offer built-in ray tracing and machine learning capabilities, and V1 hardware encoding acceleration. The reveal comes on the heels of several new Intel GPUs designed for gaming announced earlier this year, as the CPU giant tries to expand its product lineup to compete with the likes of Nvidia and AMD.

Intel showed off the new GPUs, dubbed the Arc Pro A40, A50, and A30M, in a blog post Monday. The A40 and A50 products are both intended for desktop workstations and feature a single and double slot form factor, respectively. The A30M GPU, meanwhile, is designed for laptops and offers similar performance to the A40 though with a tradeoff of less local memory.

According to Intel, the Arc Pro A40 will ship with 3.5 teraflops of power, eight ray tracing cores, 50W peak power, and 6GB of GDDR6 memory. The A50 offers the same in terms of ray cores and memory but offers a slightly higher 4.8 teraflops of graphical power and 75W peak power. Both the A40 and the A50 include four Mini DisplayPort connections. On the laptop side of things, the A30M offers the same graphical performance and ray tracing cores as the A40 though with a slightly lower 4 GB of GDDR5 memory.

By comparison, the weakest Nvidia RTX desktop workstation GPU, the Nvidia RTX 2000, starts at 6GB of GDDR6 memory and 8 teraflops of single-precision power. However, Intel’s cards can still carve a niche for themselves if the price is right, especially since they draw less power and have a single-slot option.

While no one’s going to stop you from using these GPUs for gaming, Intel made it clear that’s not what this series was specifically designed for. These GPUs are reportedly designed with creator apps like Adobe Premiere Pro, Davinci Resolve Studios, and Blender in mind. Intel didn’t provide pricing details or any hard date for when users can expect to get their hands on these new Pro GPUs, though it did say they’ll be available, “starting later this year.” 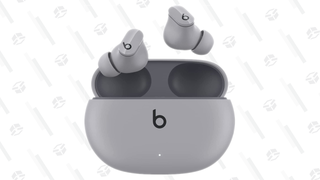 Don’t drop them
Feature a custom acoustic platform for unique and powerfully balanced sound, can use either active noise cancelling or transparency to fit your needs, have three soft ear tip sizes to make them comfortable, and have a battery life of up to eight hours on one charge.

These more powerful GPUs come several months after Intel released its entry-level discrete Arc 3 GPUs in partner laptops. That series of GPUS sought to supply small mobile laptops with enough graphical power to play most games at 1080p. Not long after that, Intel teased the performance of its Arc A750 Limited Edition desktop graphics card. Since the Arc Pro GPUs are intended specifically for smaller PCs, we wonder if we’ll see beefier professional cards coming from Team Blue down the line.