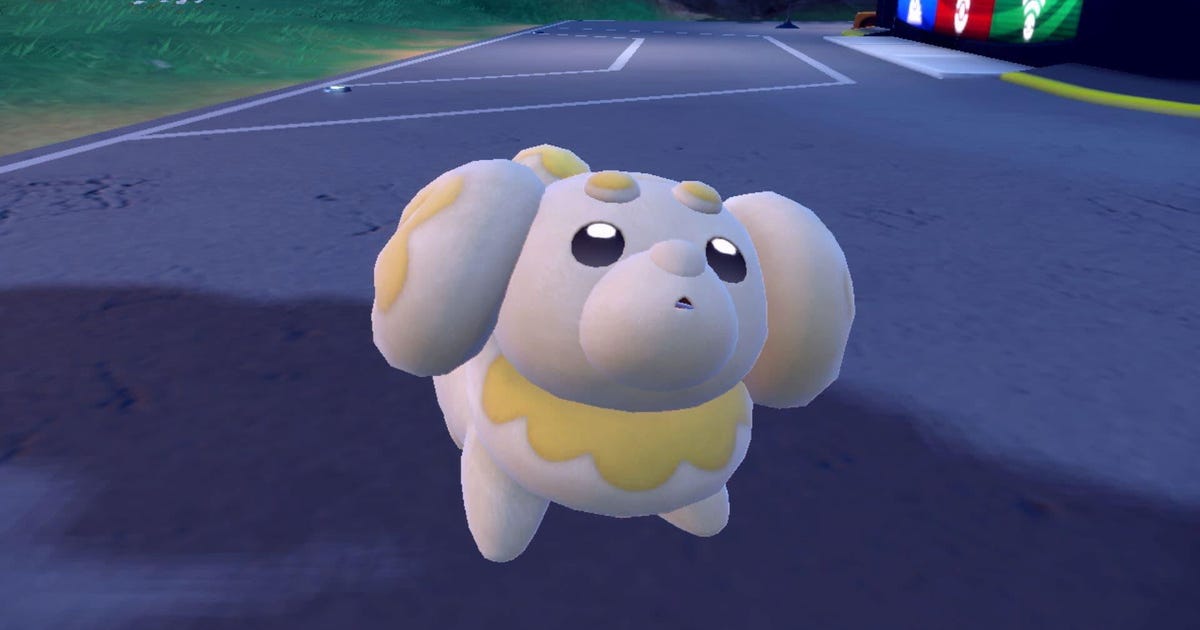 The Pokemon Company has shared a new trailer for Pokemon Scarlet and Violet, providing another look at the upcoming Nintendo Switch games ahead of their November launch.

Among other things, the trailer showcased a handful of new Pokemon that players will meet in the game, including Fidough, a fairy-type puppy Pokemon made of dough. We also got a glimpse at a new regional variant of Wooper, as well as a new ice-type whale Pokemon named Cetitan.

Beyond the new Pokemon, the trailer also offered a closer look at the games’ setting, which we now know is called the Paldea region. This is the first fully open-world backdrop in series history. Players will be able to freely explore Paldea while riding atop Koraidon or Miraidon, the legendary Pokemon that grace Scarlet and Violet’s covers.

Both Koraidon and Miraidon will be able to transform so they can cross all kinds of terrain, including swimming across expanses of water and gliding through the air. This versatility will come in handy, as the Paldea region is vast and geographically diverse.

Finally, the trailer gave us our first look at Scarlet and Violet’s signature new battle mechanic: Terastallizing. Similar to Mega Evolution and Dynamaxing, this lets your Pokemon undergo a temporary transformation during battle, in this case giving your Pokemon a jewel-like body.

Every Pokemon found in the Paldea region is capable of Terastallizing, and each has a Tera type that it will become when it undergoes the transformation. Most Pokemon’s Tera types will match their standard ones, but some have a different Tera type. For instance, while Eevee’s Tera type is typically normal, it’s possible to catch an Eevee whose Tera type is flying or grass.

Pokemon Scarlet and Violet launch for Nintendo Switch on Nov. 18, with a special bonus for early adopters. Everyone who purchases a copy before Feb. 28, 2023 will be able to receive a special flying Tera type Pikachu. You can read more on the games in our roundup of everything we know so far.