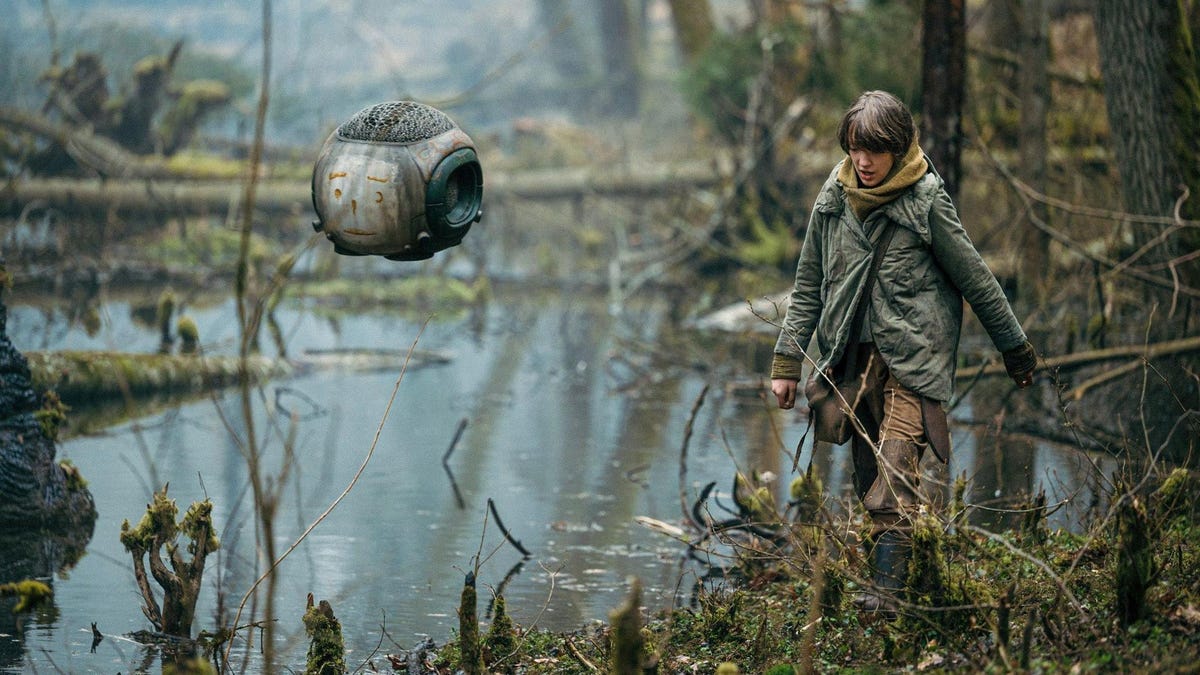 The story of Vesper sounds intriguing—it’s about a teenaged girl who stumbles upon a way to save Earth’s ravaged ecosystem, though it’ll mean dealing with some terribly unscrupulous humans. But the main draw here is the look of the film. Check out the trailer and behold the untamed nature, grimy ruins, floating robots, burgeoning rebellions, and post-apocalyptic eye candy within.

She’s got skills! Here’s the official synopsis: “Set after the collapse of the Earth’s ecosystem, Vesper follows the titular headstrong 13-year-old girl (Raffiella Chapman), who uses her survival skills to subsist in the remnants of a strange and dangerous world with her ailing father, Darius (Richard Brake). When Vesper finds a mysterious woman, Camellia (Rosy McEwen), alone and disoriented after an aerial crash, she agrees to help find her missing companion in exchange for safe passage to the Citadel—the dark central hub where oligarchs live in comfort thanks to state-of-the-art biotechnology. Vesper soon discovers that her brutal neighbor, Jonas (Eddie Marsan), is searching for Camellia, who is harboring a secret that could change all of their lives forever. Forced into a dangerous adventure, Vesper must rely on her wits and bio-hacking abilities to unlock the key to an alternate future.”

Yes, that is the same Richard Brake who played the Night King on the fourth and fifth seasons of Game of Thrones, as well as Joe Chill in Batman Begins; Eddie Marsan you might recognize from his portrayal of Inspector Lestrade in the Robert Downey Jr. Sherlock Holmes movies. Vesper is directed by Kristina Buozyte and Bruno Samper, and written by Samper, Brian Clark, and Buozyte. It hits theaters and VOD on September 30.