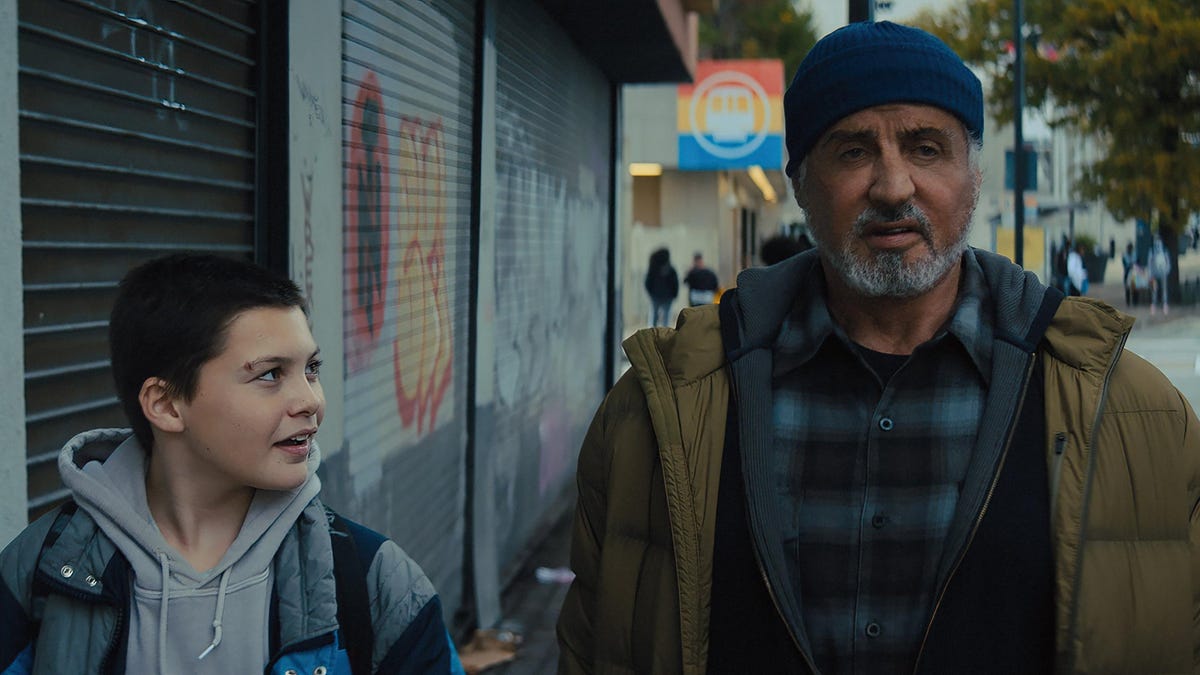 Sylvester Stallone’s superhero film Samaritan finally has a trailer. Originally set to release in 2020, it was delayed many years because of various studio acquisitions. With a focus on the kind of anti-hero story similar to Will Smith’s Hancock, Samaritan is billed as a take on what happens to superheroes when they’re past their prime.

The trailer shows Mr. Smith (Sylvester Stallone) working as a garbage man in the fictional Granite City when 13-year-old Sam Cleary (Umbrella Academy’s Javon “Wanna” Walton) suspects that he might actually be the legendary Samaritan. The Samaritan was suspected to have died in a fiery warehouse battle with his nemesis… Nemesis. I wish I were joking, but that’s the name of his rival. The rest of the trailer feels similarly heavy-handed, with Stallone running around, fighting classic bulky bad guys, and squaring off against Pilou Asbæk (Game of Thrones’ Euron Greyjoy) as Nemesis. There’s a pretty standard blandness here, and without any truly interesting visuals or ideas presented in this trailer Samaritan looks decidedly missable, if not downright mediocre.

In this current moment, superhero stories really should be trying to push the envelope in order to make something new, or even just something fun to watch, but judging by this trailer, Samaritan looks to be doing neither of those things, presenting the same old, same old superhero just with a different name attached. If you’re still curious enough to check it out, Samaritan is set to release August 26 on Prime Video.