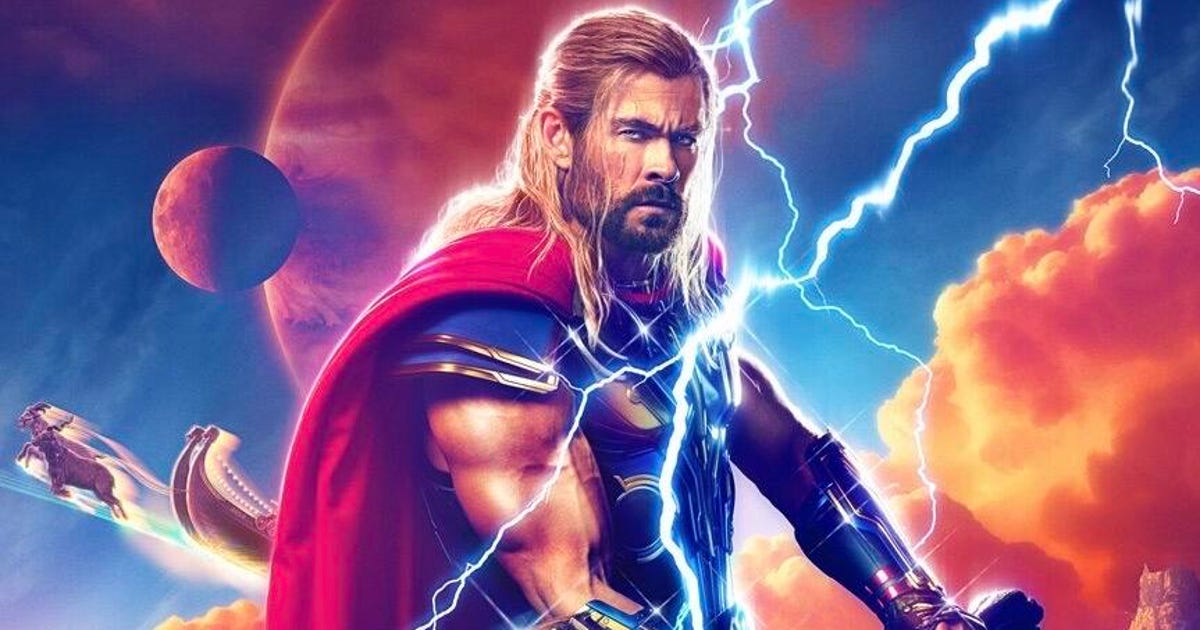 Thor: Love and Thunder has been out in theaters for a little while now, and it hasn’t exactly been earning glowing reviews across the board. The sequel to Thor: Ragnarok, one of the best movies in the Marvel Cinematic Universe, is a rom-com set in space, with a god-butchering villain thrown in for good measure.

When is the Marvel juggernaut available to watch at home? The official Disney Plus streaming release hasn’t been revealed yet, but in the meantime we can peg a release window based on previous Disney films.

When Does Thor: Love and Thunder Hit Disney Plus?

Thor 4 exclusively hit theaters July 8. There’s been no official press release yet on when Thor: Love and Thunder will hit Disney Plus. But based on previous Disney movies, we can guesstimate when the latest Marvel flick will hit streaming.

Black Widow took 89 days, Shang-Chi and the Legend of the Ten Rings took 70 days, Eternals took 68 days, Doctor Strange in the Multiverse of Madness took 47 days and Lightyear will have taken 47 days once it hits Disney Plus on Aug. 3.

What do those numbers mean for Thor 4? Basically, if it follows the most recent Disney release — Lightyear — it’ll hit Disney Plus toward the end of August or even early September.

A few Disney Plus subscription details

The base Disney Plus subscription costs $8 per month or $80 per year, but if you bundle Hulu and ESPN Plus along with Disney, the cost is $14 per month.