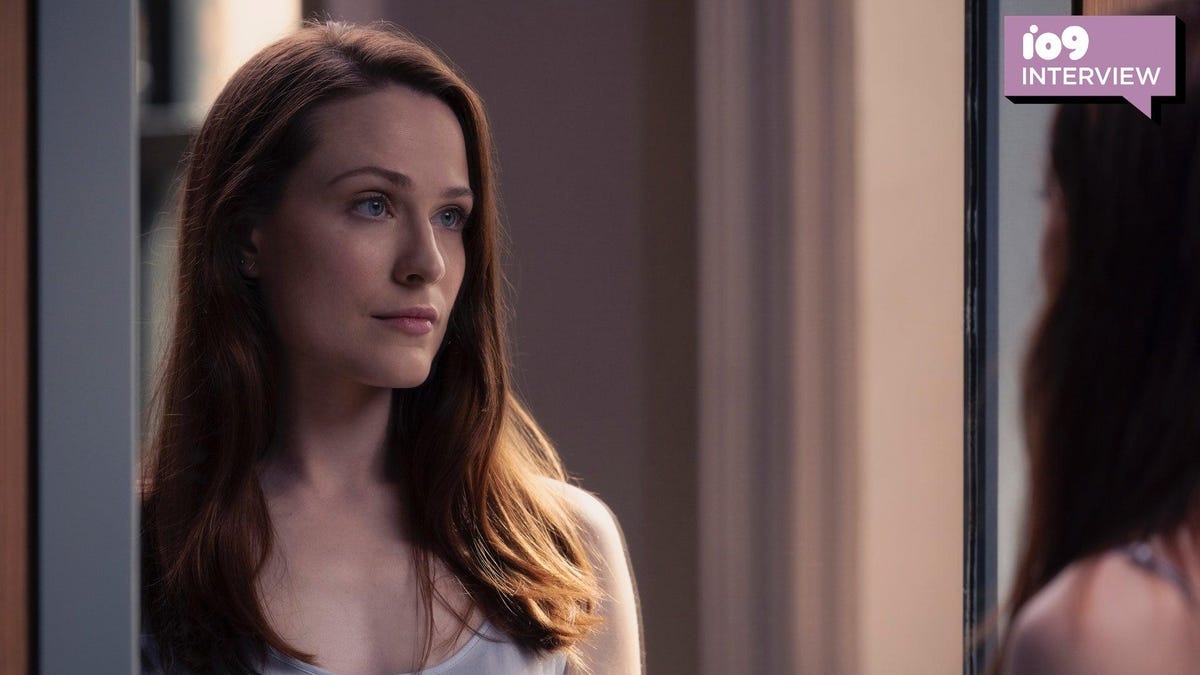 The marketing for Westworld season four made it clear that Evan Rachel Wood—whose formidable Host character, Dolores, was obliterated at the end of season three—would return. Now that the first episode has aired, we’ve met Wood in her new role: Christina, a shy single gal in the big city. Westworld is known for throwing curveballs, but this might be its biggest one yet.

Obviously Wood can’t divulge much about what lies ahead for Christina, even though every Westworld fan who’s been following the show since the beginning (and is therefore very familiar with its love of misdirection) knows there’s got to be more to her than what we’ve seen so far. In a recent roundtable interview, io9 and other press got a chance to ask Wood and Westworld co-creator Lisa Joy about what’s in store for Christina. It’s apparent that her character will be tied into the show’s larger themes revolving around storytelling—particularly as it pertains to who’s in control of the narrative.

“When we first meet Christina, we see that that she is a writer and that she is a storyteller. She works for a gaming company,” Wood said. “But clearly, something is off and something is going on, because she’s getting these crazy phone calls from a stranger who is accusing her and her stories of being real and actually influencing real people. So I think, you know, that’s about as much as I can say. But I think it’s going to be one of the fun things, too, that will sort of unfold—that we get to learn about Christina this season—is what is actually happening. Who is Christina? Where are we? When are we? What is happening and what is her role?”

Though we don’t know much about Christina yet, we can tell she’s quite different from Dolores. However, there are similarities, not just in their obviously identical appearances, but in the way Christina’s life follows a set routine—wake up, go to work, go home, over and over again—not unlike Dolores’ life did in the early days of Westworld. This sense of deliberate familiarity is something that crops up throughout season four, not just when it comes to Christina’s scenes, but across all the storylines.

“We were interested in looking at the way that history tends to repeat itself, or at least rhyme with itself over time,” Joy explained. “I think that as we progress, the lens has gone from being in the pilot, basically Host-based, to a more even split between Hosts and humans, as we’ve kind of shifted the gaze of the narrative. We’re trying to explore the similarities and differences between the two species here—and so in doing so, it’s been helpful to reference the way in which everybody, even humans, live in these kind of loops and find themselves stuck in a rut or seeming to be unable to change their circumstances or even behaviors that they don’t want or like about themselves. That’s been a recurring theme, just exploring through a different angle.”

With all that history repeating, is there a chance that Westworld’s characters—be they human or Host—will be able to break out of their ruts and welcome in the change and progress they so desperately seek? “This is the question, right?,” Joy said. “When so many things can stay the same, what aspect of our lives and of our society as a collective can we change? I think that’s one of the things that is not science fiction about the quandaries of the show … there seems to be a lot of problems in getting the kind of consensus needed to move forward and act as a species together. And it’s funny because it flouts logic, but the systems of the world, the different bureaucracies, the different loops that society is in and the different mini loops that individuals are in, they can often stymie change no matter how badly we want it, or how much we intellectually know we should strive for it. And the question really is, for Hosts and humans, how much can we save ourselves from ourselves? How much can we transcend our limitations and learn from our mistakes?”