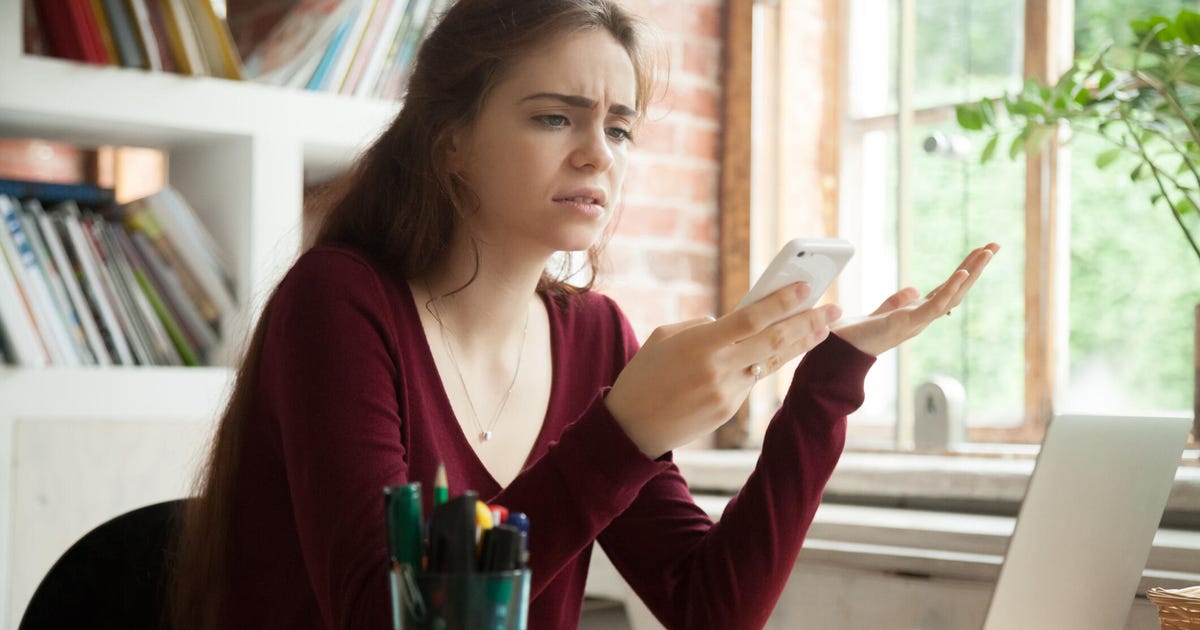 I have to confess: Sometimes 5G still baffles me. One of the questions I’m often asked is, “I can get 5G on my phone at home, but I can’t get my provider’s 5G home internet product. Why is that?”

I ran up against this myself when I switched carriers this year. I went from AT&T to T-Mobile and was immediately impressed with the 5G performance on my phone. But even though I got T-Mobile 5G cell service at home, my address wasn’t eligible for its Home Internet service. My immediate reaction: What gives?

It’s not just T-Mobile. The same applies to Verizon, too. Its 5G home internet product is also not categorically available at all addresses covered by the company’s own 5G coverage map. Even if you’ve got Verizon’s Ultra Wideband service in your neighborhood, it’s not a sure thing that you’ll be able to sign up for Verizon 5G Home Internet.

Wait, start at the beginning. T-Mobile and Verizon are offering 5G home internet?

T-Mobile Home Internet features one plan for $50 per month ($30 for eligible Magenta Max customers). Verizon offers two plans — Verizon 5G Home ($50 a month) and Verizon 5G Home Plus ($70 a month). Qualifying Verizon Unlimited mobile plans can also knock 50% off the price of either plan. Simplicity and a straightforward approach seem to be key for both companies.

At present, AT&T doesn’t have a 5G home internet offering.

Is the home broadband business just a side hustle for these carriers?

I was tempted to think that getting into the ISP game was simply a lark for these companies, but telecom insider Jeff Moore, principal of Wave7 Research, sees more at play.

Some of the early numbers support Moore’s assessment. In mid-April, T-Mobile proudly announced it had reached 1 million customers in just a year after the product’s nationwide launch. T-Mobile Home Internet is available to over 40 million households, and, per T-Mobile, a third of those homes are in rural communities and small towns.

Overall, T-Mobile has been quite aggressive in its pitch to customers. In May, it began its Internet Freedom push, which leans into Americans’ dissatisfaction with ISPs and encourages consumers to “break up with Big Internet” by trying T-Mobile Home Internet. To lure customers, it’s offering a free, 15-day test drive (so you can try it without having to change your current provider), a price lock guarantee (you pay $50 per month for as long as you remain a customer, with no lingering fears of price increases after a year, as is the case with many internet service providers), and additional savings of $20 per month with eligible Magenta Max mobile plans.

Verizon has also been ambitious with its offers but is ringing less of an “ISPs are evil” note. That’s probably because Verizon Fios — the company’s fiber-optic internet service — is an ISP and one of the few that’s regularly high-rated. In their case, 5G home internet seems less of a blow against “Big Internet” and more of a play to extend the Verizon home internet game beyond the Northeast (Verizon Fios’ playground) and out to the rest of the country.

If T-Mobile and Verizon are serious about home internet, why is it still not as widely available as their overall 5G coverage?

When my colleague Eli Blumenthal tested Verizon 5G Home, he noted that the 5G connection on his iPhone was better than the one for his 5G Home hub.

I think he’s on to something.

5G allows for a greater connection density — approximately 1 million devices per square kilometer — than previous generations of cellular connectivity. Is that a lot? Yes, it’s about 100 times better than 4G, but it’s not limitless. Because a home internet product puts a heavy capacity usage on a mobile network, Moore believes T-Mobile has also been judicious about how it’s selling home internet.

He pointed me to a recent YouTube interview given by Kendra Lord, T-Mobile’s director of geospatial engineering and analytics, where she likened 5G home internet availability to the number of seats on a plane.

“It’s not only the number of households that we believe could get [T-Mobile Home Internet],” she said, “but how many within a given sector we could say yes to.”

When I reached out to T-Mobile for further insight, a spokesperson corroborated that mindset. “There are still many households that do not qualify for Home Internet yet, even though they may get 5G on their mobile device — and that’s intentional,” they told me via email.

In other words, it’s entirely possible that I could get 5G cellular service in my home, and my next-door neighbor might even have T-Mobile Home Internet. However, my address still might not be serviceable for that home internet product due to the capacity limits for my area’s cellular coverage.

So the next time you ask, “Why can’t I get 5G home internet even though I have 5G on my phone at home?” I advise you to hang tight — both carriers are actively working on optimizing their networks for mobile first, home internet second, in a dynamic process that changes month to month.